Dr. Jodi Gilman received a 5-year R01 award from the National Institute of Health for a study entitled “Medical Marijuana, Neurocognition and Subsequent Substance Use” to evaluate how use of medical marijuana affects symptoms of pain or affective disorders, cognitive function, and brain-based correlates of behavior. Medical marijuana (MM) policies are changing rapidly, and it…MORE

Dr. Randi Schuster received a 5-year K23 career development award from the National Institute of Health for a study entitled “Cognitive Recovery with Cannabis Abstinence among High School-Aged Adolescents” to evaluate whether cognitive performance improves when adolescents stop using cannabis and to explore psychiatric risk-factors for cognitive resilience. Inquiries about the study, including how to…MORE 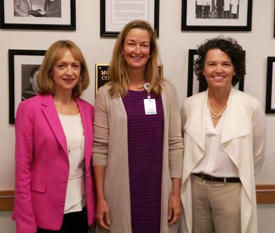 Executive Committee on Community Health at the MGH Center for Community Health Improvement has awarded CAM Director Eden Evins a grant to support her program that integrates a diabetes management curriculum into ongoing psychiatric care for those with serious mental illness in the community.

Massachusetts General Hospital is ranked among the top hospitals in the U.S. News & World Report annual Honor Roll of America’s Best Hospitals for the 24th year in a row. Supporting that distinction are top-ten ratings in 16 different speciality areas, including Adult Psychiatry, which retained its #1 rating from last year.

This September, Massachusetts General Hospital, led by the Substance Use Disorders Initiative, will mark National Recovery Month by hosting a slate of educational events to raise awareness of prevention, treatment and recovery support services. The 2016 theme—Join the Voices for Recovery: Our Families, Our Stories, Our Recovery!—highlights the importance of families, communities, and individuals sharing…MORE

The Needham Public Health Department, the Needham Interfaith Clergy Association, State Rep. Denise Garlick and the Needham Coalition for Youth Substance Abuse Prevention present “Marijuana Legalization, Why It Matters To You” on Thursday, September 22 at 7:00 PM at Needham Town Hall. The focus of the forum is to share the science and public health…MORE

Randi Schuster, Ph.D., of CAM is the winner of the 2016 Emerson Award 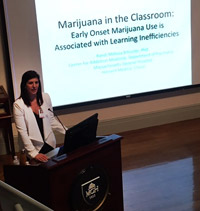 The 2016 Eugene L. Emerson Award is awarded in recognition of an outstanding research paper by an MGH Fellow in Psychology. This year’s recipient is Dr. Randi Melissa Schuster for her 2016 paper with co-authors Hoeppner, Evins and Gilman entitled “Inefficiencies in Learning Underlie Memory Deficits Among Early Onset Marijuana Users.” Dr. Schuster will present…MORE

Summary of the Marijuana and Cannabinoids Summit Now Available 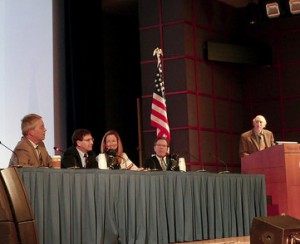 The summit which focused on the neurological and psychiatric effects of marijuana, other cannabinoids, and the endocannabinoid system, involved contributions by CAM doctors Eden Evins, Randi Schuster and Jodi Gilman. Videos of the proceedings, which took place in March of 2016 at the National Institutes of Health, were released earlier, but a written summary which makes it…MORE 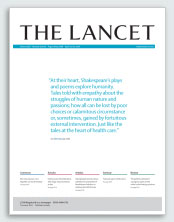 The smoking cessation medications varenicline and bupropion do not appear to increase the incidence of serious neuropsychiatric side effects compared to placebo, according to a study published in The Lancet in April, this paper provides details of the FDA-requested study that involved over 8,000 people. Read about it in the Lancet and ScienceDaily. Laurie Zawertailo comments…MORE

The weight gain that can result from quitting smoking does not eliminate the reduction in cardiovascular risks associated with smoking cessation among patients with serious mental illness, at least not during the first year. A report from a Massachusetts General Hospital (MGH)-based research team, published online in The Journal of Clinical Psychiatry  describes the results…MORE